The beautiful crater of Vix...

An extraordinary object for the scientists who attempts to understand how the craftsman of that time achieved to create such a masterpiece. In fact, it seems (source CNRS) that it would be impossible to reproduce the same art piece today.

Details :
- The lid strainer: 13,8 kilogram
- Woman’s statuette dressed with a ‘peplos’ wearing an archaic style veil found on the center of the umbilicus of the lid with a height of 19 centimeters.
- Handle in volutes supported by gorgons which body merged with the snake’s tail. Collar embellished by a string in relief showing a parade of hoplites and chariots ridded by horses.

The used of the mud produced by the Greek of the south of Italy, around 530-520 years before JC remains a mystery. Perhaps it referred to a diplomatic gift offered to the princess with which she was discovered in order to thank her about the business which taken place on her territory. 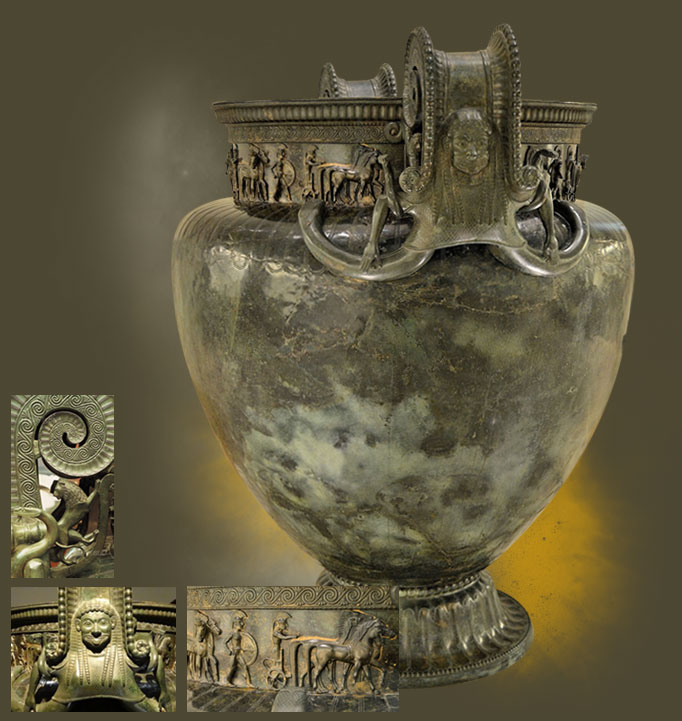